The Most Abused Word in the English Language 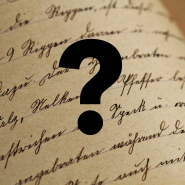 One of the striking traits of letters written in the 19th century is the level of thought put into them. For example, notes sent home during the American Civil War contain sentences filled with deliberate, carefully crafted terms of endearment. Today, emojis and acronyms have become the norm and the word “love” has been reduced to a casual term invoked to describe every passing preference, whim, and desire.

In the Bible, there’s a passage often quoted and incorporated into artwork that presents a powerful description of love (I Cor. 13). However, it’s easy to miss the point Paul was teaching about, because the context is related to spiritual gifts and how to properly use them. In other words, it’s written to be used as a real-life practical guide, not a list of unreachable, poetic ideals. It involves decision-making, long-term commitment and relational grit. The verses describe love as defined by God, which means the practical nature of genuine love is shown this way:

With the anxious, it’s patient,

With the selfish, it’s kind,

With the popular, it’s not envious,

With the distracted, it doesn’t yell,

With the simple, it isn’t arrogant,

With the quiet, it isn’t rude,

With the busy, it doesn’t compete,

With the grumpy, it isn’t provoked,

With the repentant, it remembers no wrong,

With the unrepentant, it doesn’t enable,

With the truthful, it rejoices,

And it steadily looks forward with a hopeful,

May genuine love be found in us today. As a matter-of-fact, Jesus said that’s the way “they will know we are His disciples”.