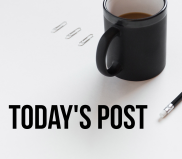 Ever struggled with letting go of a grudge?

If there’s anyone in the Old Testament who could have justified a grudge, it would have been Joseph. As Jacob’s favorite son, his jealous brothers sold him to slave-traders, which led to a life of serving others against his will in a foreign land. That event and others could have easily produced a vindictive spirit within him…but it didn’t.

His story is one of the most amazing in the Bible. Despite starting out as the spoiled son of Jacob, the grown Joseph of Egypt had a stubborn love for God. Instead of looking back to the past, his faith looked forward to the future. God gave him favor in the eyes of those around him and he quickly became governor. However, in the midst of the favor, the events of the past suddenly broke through into the present. His brothers showed up to buy food and Joseph struggled to keep himself composed. He was overwhelmed with emotions, and when he revealed himself to them they feared the worst. They feared “pay-back” and punishment, but Joseph offered forgiveness and restoration. He loved them and said this:

“But as for you, you meant evil against me; but God meant it for good, in order to bring it about as it is this day, to save many people alive.” – Genesis 50:20 NKJV

Grudges look backward to the hurt, faith looks forward to the healing. Which way will you look today?