Why Now is a Golden Moment for Truth 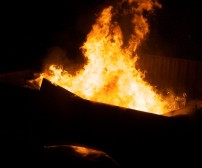 As the cultural dumpster fire rages, much truth is becoming visible in its light. For years the ideological left has been working in the shadows to destroy the historical timbers supporting our way of life. Areas such as academia, journalism, law, politics, entertainment, the arts, and religion have all been strongly influenced or completely overtaken. However, we have been given a golden opportunity because the dismal failure of leftist ideas is on full display in cities ran by those promoting them, and in the hateful, hypocritical rhetoric and actions of young protestors. We may not get a better chance to offer a positive contrast. Here are some examples:

The bottom line is this; we have a country, a history, a people, and an ethos (yes ethos) worth teaching and defending. If you agree with that notion, don’t feel as if you’re in the minority because you are not. Isolation, marginalization, and intimidation is a useful tool of the Marxists who would have you feel defeated while remaining silent. Obviously, there are imperfections and continued work to do, but we are a great nation and should take pride in being American.

Here are some ways to do just that:

2 Responses to Why Now is a Golden Moment for Truth